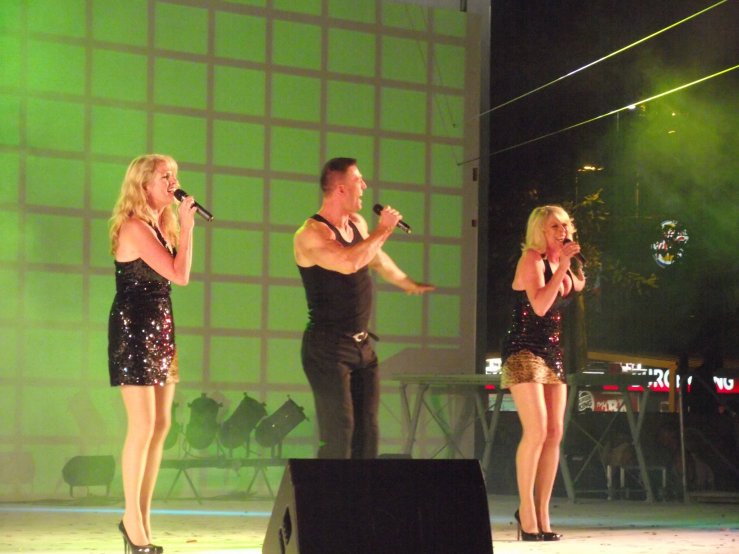 Tight Fit shot to fame in 1982 to with the song “The Lion Sleeps Tonight”.  Here they are singing a version of the track in London’s Trafalgar Square at London Pride 2010.

The original lineup reformed in 2010 to address the requests they were receiving for performances and now sing live up and down the UK and in Europe.

Since their chart hits in the early 1980s, the past 30 years have been busy for the band, including:
Steve Grant returned to his roots in musical theatre, appearing in a number of musicals (such as Miss Saigon in the West End), before loosing most of his sight which led to a focus on recording studio work instead.
Julie Harris, who became a professionally qualified Chef, as well as a mum of three, has been in a number of successful bands such as Julie and the Gems playing live to audiences everywhere and performing lead vocals with the “Back To The Eighties” band.
Denise Waterman (nee Gyngell), who became a mum of two during her marriage to Pete Waterman, had a band with her two brothers following Tight Fit. She has worked as a TV presenter and professional entertainer, as well as founding her own theatre-camp school based in Wimbledon.

The ‘Tight Fit’ Trademark – Steve, Julie and Denise hold the trademark for Tight Fit with relation to all music and publishing.